A good few months ago I mentioned in a post about an aran jumper I was knitting.  Well, I lost it.  I was getting work done in the house and put it somewhere ‘safe’.  I thought it had been accidentally thrown in the bin and was gone forever…..until tonight.  I was looking for something else and found it in a bag in the corner of a cupboard that doesn’t get used very often.  To say I was delighted was an understatement!  I sat tonight and completed the front.  Just two sleeves to go now.

(Note to self:  Find a more interesting backdrop than the living room floor!).

I got the latest copy of ‘Cast On’ from The Knitting Guild Association a couple of weeks ago.  There’s some beautiful patterns inside…..

Isn’t that gorgeous – look at the detail! 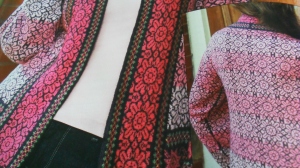 There was a couple of aran jumpers that caught my eye too. 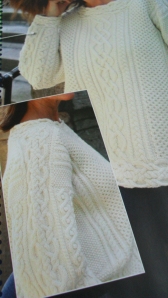 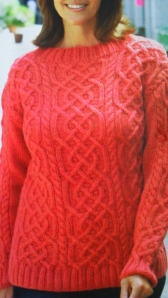 I bought myself a new mug with a fair isle design on it.  Isn’t it cool? 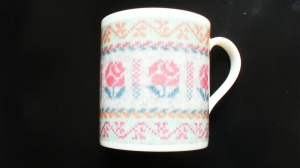 I love this heart shaped ice cube tray – it’s just a pity we’ve not had much of a summer to make use of it.

My peas and rhubarb are coming along nicely.  The rhubarb has been put into bigger pots since this photo was taken. 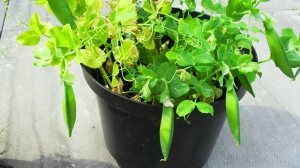 I planted a herb garden and a pot of tomatoes in the kitchen too and that is growing well.

The mint isn’t growing as quick as the rest even though the seeds were planted on the same day.

My garden has been blooming nicely and looking lovely and colourful.

The sweetpeas got planted from seed earlier on in the year and I can’t believe how quickly they have grown.  They smell absolutely gorgeous! 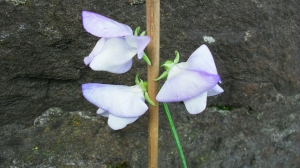 I’ve taken an interest in baking.  I made a victoria sponge with fresh cream and strawberries for my Mum and Dad who came to visit and dog biscuits (of all things!). 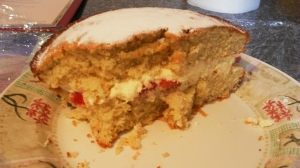 Cuilean got his hair cut again (not as short as last time though thankfully!).  He was so soft and fluffy and smelled lovely.  I couldn’t stop cuddling and sniffing him.

I started making my own cleaning products recently using baking powder, lemon juice, essential oils, vinegar and castile soap.  It’s so much nicer than commercially bought stuff which I find catches in my throat.  I like using Dr Bronner’s castile soap, it’s so versatile. 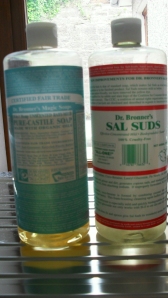 I was walking down the high street in Inverness last week and was approached by a lovely Irish woman and she handed me a sprig of lucky white heather in return for a donation.  I didn’t have my coin purse on me but she told me to keep the heather anyway so it’s taped to the side of the fridge for luck.

A few weeks ago I was woken at about 1am by Cuilean and my sister’s dog Bo making an almighty noise. I jumped out my bed to see what the commotion was about.  A little bird had came into the house and was hiding behind the bathroom door.  The dogs were trying to get it, I was trying to grab both dogs and get the bird before they did when the little thing ran between my feet and hid behind the laundry basket.  Initially I thought it was a mouse as it was so fast.  Isn’t it the sweetest little bird? 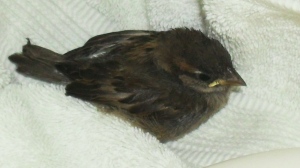 It was so small – no bigger than a golf ball.  I put it in a cardboard box on a towel with a saucer of water and left it in quiet room away from the dogs.  The SSPCA came later on that day and took it away.  It’s wing was injured but the girl that collected it said she thought it would make a full recovery.  She took it home for observation and to feed it up for a couple of days before releasing it.

I am a Princess – it’s official!  (According to my Sister anyway). 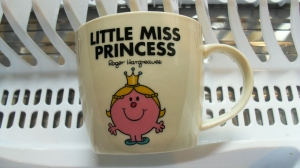 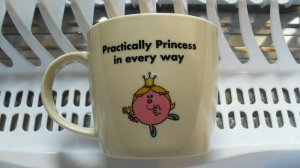 Who am I to argue with that!